A play in three parts within a staged LA pool party, written by Benedetto, with props and choreography by Nemeroff, performed by both.

As people enter the party an audio recording of testimonies against Larry Nassar plays on speakers and bodies float in the pool. At the end of the act Nemeroff comes to life and attempts to save the already drowned Benedetto with bandaids, money, and nail polish. The second act isa dialogue performed between a third wave feminist (played by Nemeroff) and a character based on Soon Yi Previn (played by Benedetto). For act three, Benedetto and Nemeroff perform an exuberant synchronized swimming routine to 'Get on your knees' by Nicki Minaj. 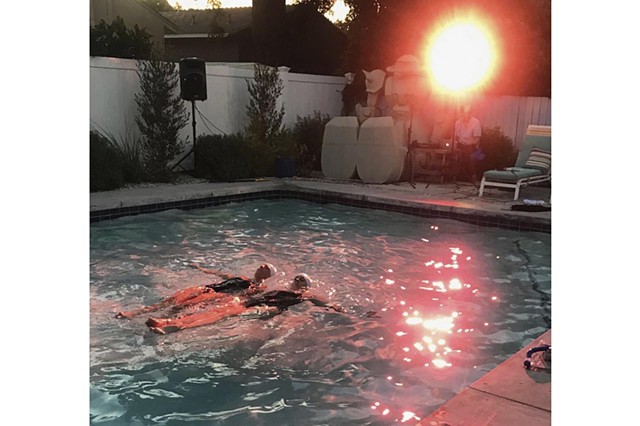 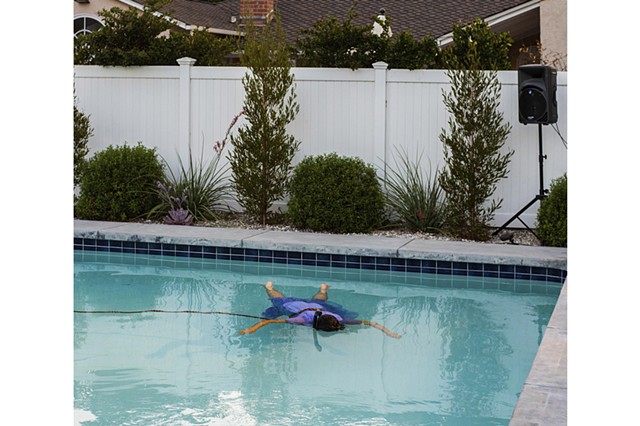 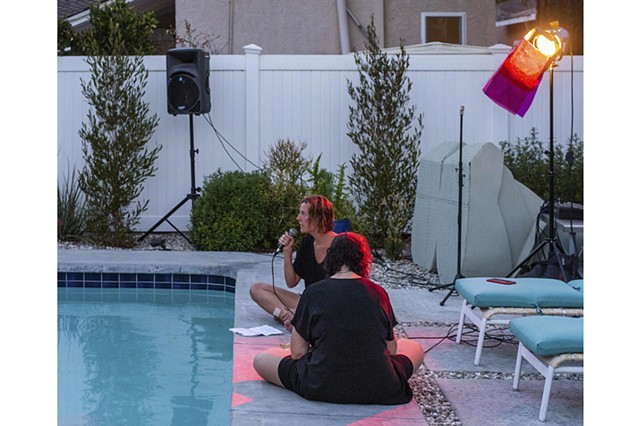 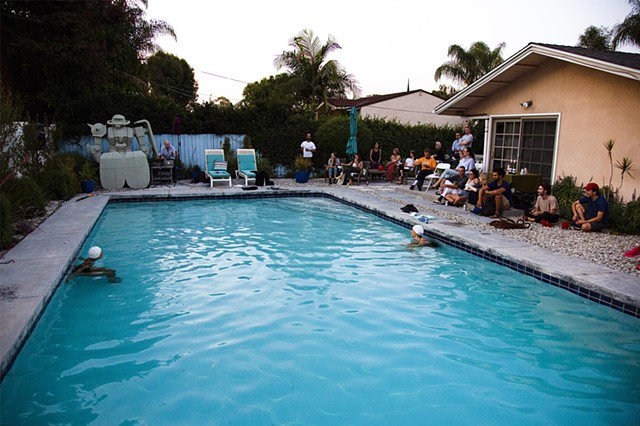 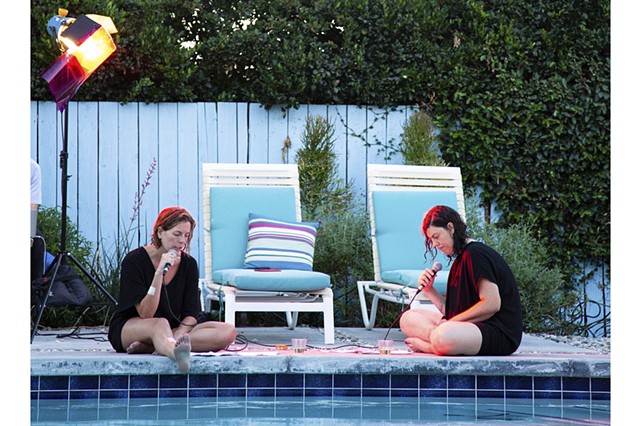 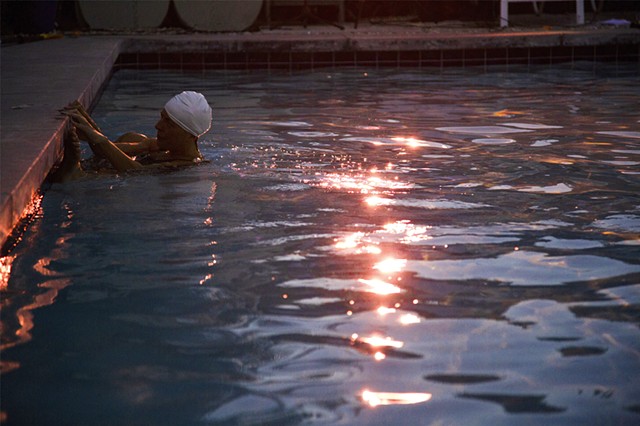 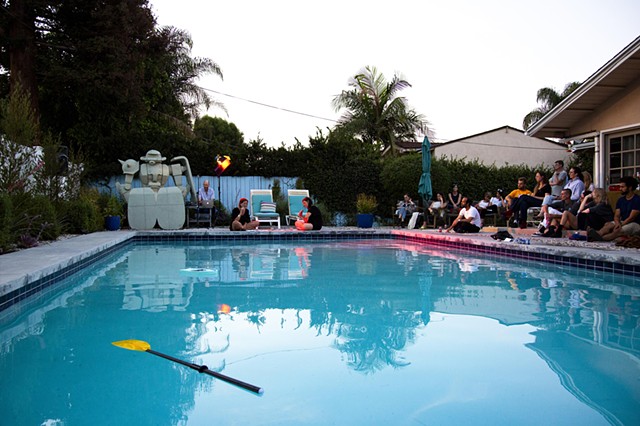 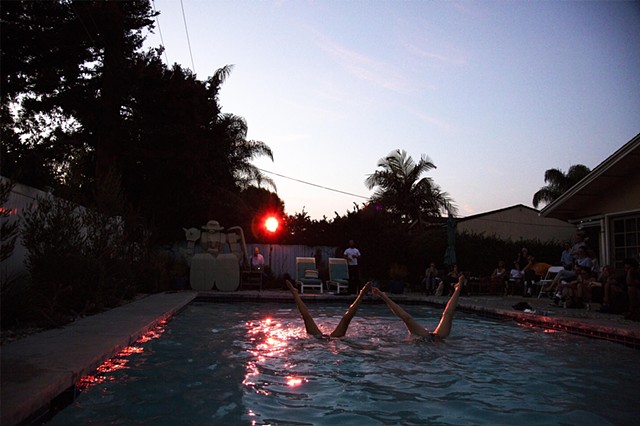